Help your dog stop suffering from panic attacks or phobia miseries fast. There is help in the form of the dog appeasing pheromone used in the pheromone therapy. Pheromone therapy has been very effective and successful in treating phobias and stress experienced by dogs.

This pheromone spray calms your dog and is effective and safe. Relieve unwanted behaviours in dogs gently and safely. 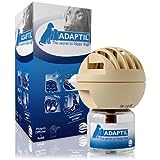 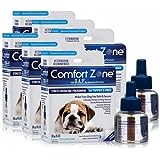 Stock up and save! This 6 pack of D.A.P. refills will keep your dog calm. Great when you must leave your dog is alone. Rated very highly.

Dog may fear being abandoned even though they know you love them. Anytime their routine changes they can suffer from anxiety and a lot of other related issues.

Check out these great anxiety reducing products which are very popular because they work well for most dogs. . 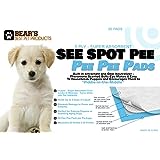 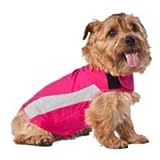 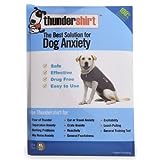 Pheromones are natural chemicals within animals and are said to be the chemical that affects animal behavior. For dog appeasing pheromone therapy, pheromones are taken in through the nasal passage of the dog to produce a calming effect on one part of the brain that is connected to the dog’s behavior and emotion.

How can pheromone help in appeasing dogs?

In a certain study, scientists discovered that female dogs naturally produce a calming and tranquilizing pheromone 3 to 5 days after they give birth to their puppies. This dog appeasing pheromone is responsible for giving the newborn puppies the message of constant security, safety, and reassurance.

It is believed that pheromones are definitely an exciting development that can be used to combat anxiety and stress problems in dogs. It is set as a very effective treatment for different emotional strains dogs have been facing in their lives. To help you understand the pheromones concept more, some additional facts about the discovery, studies made, as well as, some other information you might need, are listed below.

Who Conducted the Study?

The study on pheromones was started by Dr. Patrick Pageat, a French veterinarian. Dr. Pageat worked with goats and pigs and identified a pheromone that allegedly caused newborns to be attached to their dams. He took samples of the fatty liquid that secretes from the skin of goats and pigs over their mammary glands. He analyzed it using the method of mass spectrometry and discovered different peaks that indicate the chemical substances of the secretion. One of these was the apaisine that is said to be a pheromone responsible for the filial bonding of animals. Afterwards, Pageat made several studies on the efficacy of the apaisine. Pageat arrived at puzzling conclusions because the bonding between the mother and kids was shown to result from the release of a fluid called oxytocin in response the action of smelling the kids 2 to 3 hours after giving birth. Female dogs apparently secrete apaisine too. Pageat concluded that the feeling of the neonate’s well-being is induced by the attractant and that the chemical called pheromone has some appeasing or placating effect.

He also concluded that pheromones might be an effective treatment for dogs suffering from conditions like dog separation anxiety, noise phobias, thunderstorm phobias, and other situational fears. Chemically, it is hard to determine what dog appeasing pheromone or dog appeasing pheromones are actually because distributors keep their trade secret strictly and that no publications really state its composition. So, dogappeasingpheromone.com suggests that you first investigate on the dog appeasing pheromone (DAP) product you are buying to make sure you are getting the right one.

DAP is not considered a drug, there are no drug interactions. Brand Names and their Manufacturers DAP® Dog Appeasing Pheromone from Ceva Sante Animale Comfort Zone® from Veterinary Product Labs Uses of Dog appeasing Pheromone (DAP) DAP is used in the treatment of dog separation anxiety, neophobia, and other phobias and fears. DAP can also help in the alleviation of transportation or boarding fear, excessive licking, or excessive vocalization (whining and barking). DAP may also be used to calm dogs on their vet visits as well as to help treat them from house soiling.

How is it Supplied?

DAP is supplied to dogs as a plug-in diffuser. It consists of a disposable repository and an electronic plug-in unit that contains solution of active ingredients. This DAP solution is said to contain around 2% DAP in a 100-gram component such as mineral oil. Dog Appeasing Pheromone (DAP) Dosing Information The plug-in DAP diffuser releases apaisine continuously. Each plug-in diffuser is believed to have the capability to infuse apaisine into a 650-square-foot area and can even last to as long as 4 weeks.

Are there any Precautions?

Precautions and Side Effects: Fatty acids vaporizing can be quite risky if used improperly. For example, palmitic acid can irritate the eyes, skin, and the respiratory mucosa. 9-Octadecenoic acid (Z), commonly known as oleic acid is considered as a mutagen, tumorigen, and primary irritant, as stated by NIOSH. There you go – useful information about the benefits of the dog appeasing pheromone. Nobody wants to have a disturbed, stressed out, and anxious dog. Use the information given here and you will surely help your dog get rid of these behaviors when using the dog appeasing pheromone.

DogAppeasingPheromone.com is a participant in the Amazon Services LLC Associates Program, an affiliate advertising program designed to provide a means for sites to earn advertising fees by advertising and linking to amazon.com